About Immigration - Time for an Amnesty?

There are thought to be hundreds of thousands of illegal immigrants living in the UK and though politicians talk tough on the issue, Britain has been remarkably tolerant of them over the years.

Many have managed to get jobs, acquire their own homes and pay taxes. Some are even registered to vote.

Now there are calls for the government to go one step further with an illegal immigrant amnesty, which would offer some of them the right to work officially and eventually gain full citizenship.

In Immigration - Time for an Amnesty? Panorama takes a closer look at the idea, speaking to politicians and employers, as well as illegal immigrants, to examine the pluses and minuses of such a plan.

Boris Johnson, mayor of London, the city where the majority of the UK's illegal immigrants reside, is in favour of an amnesty.


"If it does look as though they could make a contribution to society, we should regularise their status or offer them the chance of regularising their status"


Mr Johnson says the government should be doing more to prevent illegal immigrants getting in, but that trying to return the hundreds of thousands already here is impractical and another solution is needed:

"If it does look as though they could make a contribution to society, we should regularise their status or offer them the chance of regularising their status," he tells Panorama.

"There would be some very tough criteria. Obviously no criminal record would be one, an ability to support yourself and support your family, commitment to society and the most, the most important thing is they should have been here for a considerable period of time."

But others, including Immigration Minister Phil Woolas, say that far from helping, an amnesty would just encourage more illegal immigrants to come.

"What unfortunately would happen is that people traffickers and others would see that as a pull factor to get people to the United Kingdom illegally and we would end up with a bigger problem not just for our society, but for the people themselves involved," Mr Woolas tells the programme. 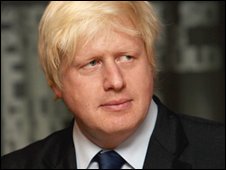 And some local authorities complain that they are already struggling with those who have come here legally.

Most illegal immigrants live and work under the radar, providing cheap labour in areas such catering, hospitality and construction.

Panorama speaks to one such worker, a Brazilian mother of two who came to the UK seven years ago with the specific intention of overstaying her visitor's visa.

Maria, whose name has been changed for the programme, earns £8 an hour cleaning people's houses - all cash in hand, no taxes.

Amnesty supporters argue that if illegal immigrants were regularised and allowed to pay tax, they would contribute to the economy.

But, as critics point out, they would also get access to benefits such as healthcare and education.

In Maria's case this would mean that her five-year-old son, who was born here, could go to school instead of accompanying her on cleaning jobs.

Currently the boy is missing out on his education because Maria is worried they would get deported if her illegal status is discovered.

Maria's eldest son, who was born in Brazil, came over on a student visa which expired three years ago. He does the washing up in a restaurant kitchen 60 hours a week, earning less than the minimum wage, and because he is illegal there is nothing he can do about it.


"The reason that wages are so low, especially in London, by the way, is you have a very large number of illegal workers who are working below the minimum wage"


"I argued with the people that I work with because I don't want to accept this, but I have to you know. The salary, the wage and the way people sometimes treat you. Just because you don't have a work permit or a visa," he tells Panorama.

But Migrationwatch Chairman Andrew Green insists that it is not just illegal immigrants who suffer under this setup:

"The reason that wages are so low, especially in London, by the way, is you have a very large number of illegal workers who are working below the minimum wage," he tells the programme. "If you remove that, then there will be shortages in certain occupations and that will raise wages."

And, with the recession biting and unemployment rising, there have been calls to ensure that jobs go to British workers not immigrants.

Though some, including many illegal immigrants themselves, argue that most British people would refuse to do the kind of jobs they do.

But this is not true of all illegal immigrants - some have managed to contribute in the fullest sense, paying national insurance and other taxes.

One such person is 28-year-old Bangladeshi Farhan Zakaria, who came to Britain 12 years ago thanks to his father's job at the High Commission for Bangladesh. 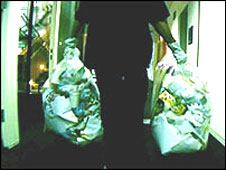 Britain has invested in Farhan - he attended school and university here - and he has contributed back, getting a job teaching languages at a UK secondary school.

He says he is so closely linked to life here that he now sees himself as British, but Farhan is actually an illegal immigrant, and has been since his father left his job at the High Commission eight years ago.

Recently the authorities found out and Farhan, who says he and his family did not realise they had lost their right to stay, has lost his job as a teacher and is now set to be deported.

The head teacher at the school where Farhan taught French and Bengali, says that replacing him is proving difficult and costly.

However, she had no choice whether to get rid of Farhan, having been informed by a government official failing to do so would result in a £10,000 fine.

And it is a move which has upset Farhan's students, who think that there are much worthier targets for the government to focus on:

"It's not fair," one said. "There are other illegal people out there and other people who are - who are not contributing as much to this country as he has done."


Panorama | The Team | Previous Episodes | About Panorama | Contact Us |