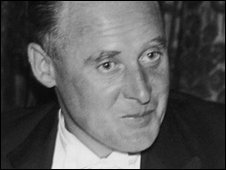 The hunt is on to find Stoke-on-Trent's Citizen of the Century.

Ten famous residents of the city have been nominated, and now it falls to a panel of experts to decide who is to be the number one. The shortlist includes figures from a number of fields.

Members of the public have also had their chance to add further nominees.

Those suggested must have lived or worked in the city sometime over the last 100 years, and have left a legacy to make the city proud of them.

The Citizen of The Century award ceremony is set to coincide with the 100th anniversary of the federation of the Six Towns in March 1910, when the districts of Stoke-on-Trent were formally united as one city.

The announcement will be made on March 31.

The ten nominees are:

• Writer Arnold Bennett, famous for his novel Anna Of The Five Towns
• Lord Jack Ashley, the long-time MP for Stoke South, who also campaigned vigorously on behalf of deaf people
• The pottery designer Clarice Cliff, whose 'Bizarre Ware' was the sensation of the pre-war period
• Doug Brown, the former mayor of Stoke on Trent who founded the Lads'n'Dads football organisation
• Sir Oliver Lodge, the scientist often credited with the invention of the wireless who was given the Freedom of the City accolade in 1928
• Sir Stanley Matthews, one of the greatest footballers of all time
• Reginald Mitchell, the inventor of the Spitfire
• Millicent Duchess of Sutherland, whose good works helped improve the general health of the city
• Phil Taylor, the darts player who has dominated the sport worldwide for the last twenty years
• Robbie Williams, one of the most successful British pop-stars of recent years 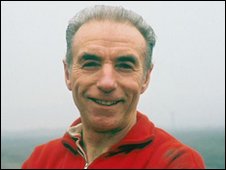 Members of the public have been given the chance to influence the shortlist by making other suggestions.

The project is organised by Stoke-on-Trent City Council with support from BBC Stoke and the Sentinel Newspaper.
The announcement will be made at a special Federation Dinner to be held on 31 March at the Kings Hall in Stoke.

Thanks for all your comments. Here are a selection of just some of them

Arnold Bennett was a great writer about the 5 towns, but he was also a great European. He lived and reported on the First World War. He wrote wonderfully perceptive stories and his characters are memorable. He was also a theatrical manager of the Lyric Hammersmith, rescuing that theatre. And his work editing Woman's Weekly was to help popularise a cheap magazine which working women loved to read, and was full of helpful hints in domestic economy. My Mother who died in the 1960's bought it all her life, and at the age of 7 so did I.
Eileen Norris

I would like to nominate George H Barber who wrote From Workhouse to Lord Mayor; an Autobiography. I can remember my father telling me about him. At his picture palace in Tunstall, if there would be some kerfuffle in the stalls, he'd stop the picture, up went the lights and he'd sort it out before restarting the pictures.
John from Kidsgrove

Reginald Mitchell - we would have lost WW2 without his aircraft expertise.... so all the other candidates after 1945 would never have become what they were anyway!
Carl Bradbury

I am surprised that Angela Smith is not on the list. Apart from being the city's premier sports lady she was also pioneer in women's squash. She has raised the profile of this city by being appointed the coach of the USA, Spanish, Bahamian and Hong Kong Men's squash international teams. She's also raised lots of money for local charities. I believe she also started ladies' professional squash in the world and think she should make the list. All people in the city admire her and know her name.
Diane Shaw

I met Stan when Stoke played at Chesterfield in the 50s He was promoting his own brand of football boots at the Coop where I worked as wages clerk. The Secretary called me in to the board room and who Should be sitting there but Stan with another of his team mates We had a cup of tea and biscuits and he signed a ten bob note which I still have. In the afternoon we escaped our duties(6 full days a week)and saw the maestro in full flow (two players marking him all the time) a never to be forgotten experience!

This type of question has been looked at many times. If you look at the history of Longton High School you will see that all the house names were those of prominent local people. Several were pre 1910, such as Bourne (Methodism) Astbury (potter who influenced Wedgwood) Wedgwood himself, Brindley (Canal engineer). Those who would qualify are Mitchell, Bennett and Lodge. I don't think any of the more recent ones can beat any of these three and if I had to choose I would go for Mitchell.

Without a doubt, Sir Oliver Lodge, - A precis of his achievements: Lived in Penkhull, left school at 14(in this day and age he would be illiterate not numerate, and probably inarticulate) worked with his father selling clay and colours to local potteries, was interested in science and carried out numerous experiments at home. By now home was Wolstanton, (as it happens, Stanley Matthews lived for some time in the house that Oliver had lived in in Penkull) He became a professor at age 30, was the first person to transmit a radio signal, was the first dean of Birmingham university college, invented the spark plug, (although his sons furthered this invention) the older ones amongst you will remember, "Lodge Spark Plugs". He worked, basically on an air scrubber, an electrostatic device to remove particulates from the atmosphere, and much much more. He was probably the greatest sons of Stoke-on-Trent ever, was renowned throughout the world. Unfortunately for this city he would have to be able to play football, or be !

I nominate SIR OLIVER LODGE he invented the radio he also invented the spark plug where would we be without radio/planes(engines)in the war? UNDER RATED PERSON out of the potteries.

I NOMINATE GEORGE HERMAN BENNIONS DFC: SQN-LDR BASED AT RAF CRANWELL BORN 15/03/1913 EDUCATED AT LONGTON HIGH SCH WHERE THERE IS A DEDICATED PLAQUE IN HIS HONOUR. SPITFIRE PILOT ,SHOT DOWN & INJURED DISFIGURED, MEMBER OF THE DISFIGURED GUINEA PIG CLUB AND CATERPILLAR CLUB.

STREET NAMED AFTER HIM IN CATTERICK WHERE HE FLEW ,LIVED AND WAS HEADMASTER OF BOYS SCHOOL INTO HIS 70s. ALSO LARGE EXHIBITION IN HIS HONOUR AT THE POTTERIES MUSEUM..

Reginald Mitchell without whom we would probably not be enjoying this debate or indeed listening to BBC Radio!

I would have to say Saul Hudson(aka SLASH) this man was raised in stoke on trent until the age of eleven before his father (local artist Tony Hudson) took him to America. SLASH was a founder member of Guns N roses who revolutionised rock music throughout the world during the later part of the 1980's and early 90's and is without doubt the greatest guitarist of the modern age only being surpassed by the late Jimmy Hendrix as the greatest guitarist of all time. he always acknowledges his roots from the potteries and has done so much more for music of all genres than Robbie Williams.

Why has no one thought about JOHN CAULDWELL. John was raised in Shelton, was an apprentice at Michelin, went on to sweep floors of a pottery factory and eventually owning his own businesses including of course mobile phones. Isn't that good enough??

Lord Jack Ashley campaigned for many people who worked in the pottery and mining industries and were disabled by inhalation of dust in their place of work. He secured compensation for these industrial diseases which made a massive difference to many of the great people in this already disadvantaged area.

Tony Pulis. I know there are more recognised names out there who have made a greater impact on not only the city as a whole but the entire country, if not the world. Pulis, despite opposition, has defied the odds and guided Stoke City into the Premier League and a bright future that shows no end. Uniting 25,000 thousand citizens, and the rest. A successful football team equals a successful city.

Angela Smith is a legend in ladies sport and should be on the list given her major achievements throughout the years.

Squash pioneer as mentioned by someone else Angela Smith should be on this list. She must be the most well known lady sports person we have had. I can't think of another who has appeared on Question of Sport or Superstars from this area for example. A very modest person who has always called Stoke on Trent her home wherever she has been in the world and has championed this area and Stoke City FC world wide. She also does loads for local charities, raising money for many good causes.

Through his humane and highly accomplished novels he illuminated the life of this unique area for a worldwide audience.

Arnold Bennett was the first person to make me realise what a proud and distinctive place I was born in. No-one ever said that to me, in fact when I was growing up in the 50s and 60s the 'eye sore' of Stoke on Trent from the train was most frequent comment I heard. His novels about Stoke on Trent were exciting and 'posh' and made me feel proud.

Quite concerned that Phil Taylor and Robbie Williams have been suggested, Nello (Neil Baldwin )certainly ahead of these two.

Arnold Bennett is one of this country's greatest literary figures and his novels set in the Potteries have made the region famous across the world. His novel "The Old Wives' Tale" offers a fascinating glimpse of how the prospect of Federation was viewed in 1908. "Clayhanger" was published in the year of Federation and reads today as a testament to the City's industrial, social and artistic life. Great novels never die and Bennett's legacy to the City is to keep it ever present in the eyes of an international audience.

Reginald Mitchell. The one man on the list who's contribution was so influential in giving us our present day personal freedom to choose.


Staffordshire Greats
Citizen of the century