Ellie Goulding 'at home' in Wales 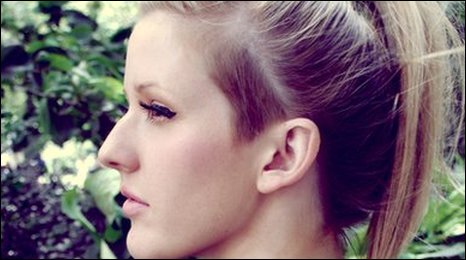 Ellie Goulding has cemented her position as the most likely act to break through in the music business in 2010 by winning a Brit Award.

The 22-year-old from the Welsh Marches signed to music giant Polydor in 2009.

Her single, Under The Sheets, got into the UK charts and her first album, Lights, has reached number one in the charts.

But according to Ellie, success would enable her to achieve a long-cherished ambition to live in Wales.

Ellie won the Critics Choice Award for new British acts that critics are tipping to break through to the big time in 2010.

Born in Hereford in December 1986, Ellie Goulding grew up and was educated in Kington, a place which is to the west of Offa's Dyke but has been an English town for more than a thousand years.

"Although I am not Welsh I feel that mid Wales is my spiritual home because I've spent a lot of my recreational time in Aberystwyth, Machynlleth, Borth, and especially, the Elan Valley," she said.

"Coming from the border means that I feel like I am from Wales."

Marina and the Diamonds

After leaving school, Ellie studied at the University of Kent for two years before dropping out to devote more time to her music.

"I'd entered a university talent contest and was spotted by some people in the audience," she said.

"People on the university's drama board were very supportive, telling me they couldn't stop a student who wanted to perform."

By this time Ellie had moved to London, where she met producer and band-mate Starsmith - who's worked with Frankmusik and Marina And The Diamonds.

She said: "Meeting Starsmith was a godsend. We're like brother and sister. We fight a lot but you can't get anywhere without creative tension." 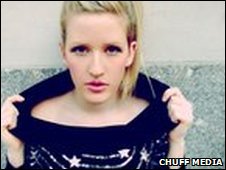 Among the artists who have had had the most impact on Ellie's style are Bon Iver, Burial, Passion Pit (she's covered their single Sleepyhead), Bjork, Imogen Heap and Beyonce.

But moving to London has been a traumatic experience, according to Ellie.

"It's had a lasting effect on me because I was asthmatic when I was a child so growing up on the border and breathing all that fresh air was very good for me," she said.

"Moving to London has meant that I am ill all the time and my breathing has got worse and worse."

Screamed the place down

According to Ellie, the single, 'Under The Sheets', was released on independent label Neon Gold Records rather than Polydor so that she wouldn't be put under too much pressure.

But a barn-storming performance on BBC TV's Later with Jools Holland in late October put paid to the planned low-key release.

"One day I'm doing nothing, just writing songs in my bedroom, the next minute I'm invited to do 'Later with Jools Holland'. I screamed the place down," she said.

But most of her time during the last three months has been devoted to writing and recording her debut album, Lights, which was released on 22 February 2010.

So Ellie might have to wait a little longer before moving to the cleaner air of mid Wales.