Birthday gala has the X Factor 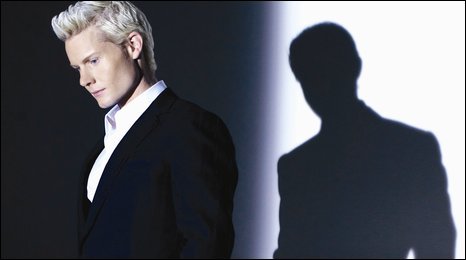 The singer has been confirmed as a special guest at a gala evening celebrating Karl Jenkins' birthday.

The event is an all-Welsh celebration of Jenkins' work which takes place at the Wales Millennium Centre on Saturday 14 November.

The concert also marks the tenth anniversary of devolution in Wales and the Millennium Centre's fifth birthday.

The evening's entertainment will feature the premiere of Jenkins' new work, which has been specially commissioned to mark the decade of devolution in Wales.

The concert will include some of Jenkins' best known works, including excerpts from the million-selling album Adiemus: Songs of Sanctuary, Requiem and The Armed Man.

There will be performances from international soprano Rebecca Evans, harpist Catrin Finch and singer Elin Fflur.

The birthday celebration is particularly fitting as Karl Jenkins wrote the anthem for the Wales Millennium Centre's opening five years ago.

Rhydian, who was runner-up in 2007's 'X Factor' television series has recently been working on his new album with Karl Jenkins.

The collection will be released on 30 November and also features Catrin Finch, who is originally from Llanon in Ceredigion.

Rhydian, who is from Sennybridge, said: "It's a real privilege to be invited to perform at such a landmark concert at one of Wales' most iconic centres.

"It's been thoroughly enjoyable working with Karl Jenkins on my new album. To be able to share in his birthday celebrations with the people of Wales is a great honour.

"And it's a great personal achievement for me to follow in the footsteps of Wales' great performers by taking part in the Wales Millennium Centre's fifth birthday celebrations."