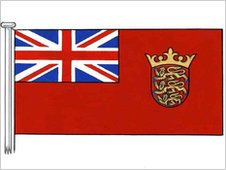 The States has agreed on a red ensign that locally-registered ships can fly to identify them as Jersey.

Guernsey has one, and many of the boat-owners in the House were pleased that they'd be able to identify their vessels as being from the island.

At the moment Jersey boat owners have to fly the British ensign.

Although the ensign is available for island boat owners to fly, it is completely voluntary and Senator Maclean said owners could carry on flying the plain ensign.

"This proposal would grant a privilege to all registered Jersey vessels without distinction.

"At the same time it would be a voluntary change and anyone wishing to carrying on flying the plain, un-defaced red-ensign should continue to do so," said Senator Maclean.

And the Minister said that the design had to be something more permanent than a simple logo.

"It must not be a simple logo or fashionable symbol if it is to be worthwhile, respected and last perhaps as long as centuries," said Senator Maclean.

Have your say
What do you think of the new Red Ensign for Jersey? Are you a boat owners? Would you be likely to fly it?