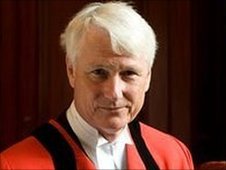 In 2009 over 550 public sector employees earned over £70,000 a year, although that includes salary, overtime and other pay.

It also included some nurses, midwives and paramedics.

For the first time the salary bands per job have been revealed for those earning over £100,000.

The nurses, midwives, paramedics, five teachers and two manual workers were included due to high levels of overtime pay.

Salaries of specific jobs earning over £100,000 have been shown for the first time, split into bands of £5,000 to bring it inline with Jersey's data protection law. 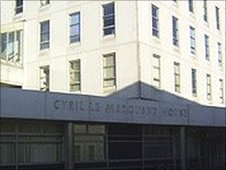 The Queen's representative in Jersey, the Lieutenant Governor, Lieutenant General Andrew Ridgway earns between £98,706 and £103,706.

One wonders why we need 45 consultants to work in a hospital which Verita said was poorly managed?

top whack money for cutting jobs at the bottom why are our states members letting them get away with it cut out the fat cats first we have far to many.it seems our goverment are scare of the civil servents

well well now we know for sure just how much of our money go on so called top civil servents .just think the states could employ five grade 3 workers full time and still have money left over if they got rid of the cheif civil servent and just why the cheif minister needs 3 highly paidone in his office alone beats me