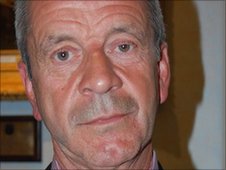 Francis Le Gresley has topped the Senatorial by-election poll for the seat made vacant by Stuart Syvret.

Senator-elect Le Gresley topped the poll with 5,798 votes, that's a lead of 2,361 votes over second place Stuart Syvret who got 3,417 votes.

Stuart Syvret put Patrick Ryan (3,212) into third place after the St Helier result - Patrick Ryan was the only other candidate to finish top in a parish (St John).

The turnout on the night was 26.51% - that compares to a 24.7% turnout at the last by-election in 2004 that saw Dick Shenton return to Jersey politics.

Peter Remon-Whorrall came in last place with 27 votes after getting zero votes in three parishes.

Deputy Roy Le Herrissier thinks that the next election in 2011 will be "bloody" as the two sides of Jersey politics battle it out.

Have your say Have your say on the election result. Did your candidate of choice win on the night or were you left disappointed?

There was an election. The candidate with the most votes, won. It's called democracy.

To suggest that all those voters were 'rich', and not 'honest' or 'decent', is either staggeringly delusional, or staggeringly arrogant.

It is precisely because Mr Syvret held anyone disgreeing with him in such contempt, that the election turned out as it did.

Now what will Mr Syvert come out with next.... that the estabishment got voters not to vote for him....? The Voters have had their say... Time to call it a day Mr Syvert... good luck with the job searching.

A very VERY sad day for Jersey....the worst possible candidate we could have hoped for won....am i surprised? Not in the slightest!....Because *sorry to say* this is an island that is run by the rich and is for the rich.

still Syvret came 2nd which shows at least some of the island are decent and honest people.

Surprised at the low result for Gerard Baudains, an experienced States member.