The Jersey tradition of black butter making has been captured on camera for a film premiered at the Jersey Museum.

When Black Butter is made people get together to peel apples and stir the cider and spices.

The ritual's was preserved for history in a special film called Black Butter:Tasting the Past.

Boil the cider until it turns to jelly. Add the apples, stirring all the time to prevent sticking.

Two hours after the last batch of apples has been stirred in, add the sugar, liquorice and lemons.

In the last ten minutes of cooking add the spice. Store in jars. 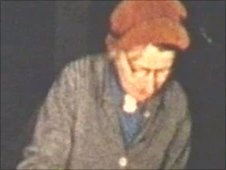 During the filming the director found rare footage about black butter making which was edited as a documentary with original recordings from traditional Channel Islands music.

Daniela said she wanted to make the film because it was a fascinating, traditionally Jersey produce and the fact that it was still made in the traditional way.

"It's this community spirit that I wanted to rescue, the full event, the market and people peeling apples the night before. That's what it is all about," said Daniela.

The documentary is 47 minutes long and as well as archive footage includes the two day long process of making Black Butter at the Elms.

The archive footage allows you to compare the way it was done in the 40s, 60s and today and how similar it is.

"Now they are not using the traditional Jersey bonnet, even in the 1960s they were dressing up in the Jersey clothes but that isn't happening any longer," said Daniela.

Have your say
Have your tried or been involved in making traditional Jersey Black Butter? Do you like it?

I confess that I have never taken part in this process, well, at least not the making bit, but all this talk makes me want to lick my computer screen!

When Daniela asked me to help her with the script for Black Butter I immediately said, 'yes, of course' as an indigenous Jersey woman I keenly feel the erosion and loss of our cultural heritage. I feel it's a crime that we're not taught our language and history at school and that Jersey is no longer regarded as a bilingual country. When I made Bosdet: The Man Behind the Glass Window last year (www.bosdetfilm.com) I did so to promote our unique culture, heritage and language. Bosdet was a brilliant stain glass artist from Jersey who is now forgotten. Our film is probably the only one to have a contemporary use of Jerriais in it. I have worked with Daniela on several projects now to promote Jersey culture. In the Island we have a rich and diverse history that is being sidelined and negated. Our stories are not being told and our voices are not being heard. A feature film was made a few years ago about the Occupation and not one single person had a Jersey accent! It is not that people are not interested it's because they don't even know our history and culture exists because no support is given to ensure it survives. As an artist, writer and filmmaker I for one want to bring these stories to the fore and I applaud Daniela, a woman from Chile, for recognising and supporting our culture and history.