Miccoli help issues of the heart 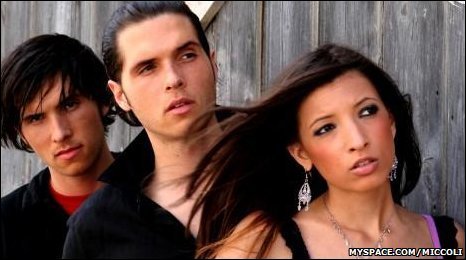 All-sibling acoustic pop band Miccoli are touring the UK in an effort to raise awareness of a type of heart condition that can affect young people.

The condition, which sufferers are born with, can cause the heart to pump blood too frequently.

The band are urging anyone suffering from palpitations to see a doctor.

Alessandro was just 26 when he collapsed at work and was rushed to hospital.

"I'd been experiencing heart palpitations for a number of years," he explained on BBC WM Introducing.

"You'd go to the doctor and they'd just turn round and say that you're over-tired or over-worked. I didn't have an ECG (electrocardiogram) and that's one of the things we're trying to raise awareness of now.

"If I'd had an ECG we'd have been able to stop this in its tracks and get it sorted instead of being rushed into hospital with heart rates of 250 and 300 - which can be fatal because your heart can just stop straight away."

Alessandro has since had three operations to correct the problem.

Twin brother Adriano has also been diagnosed with Wolff-Parkinson White syndrome and is being treated by medication.

Miccoli have released a new song called Angels and Demons, proceeds from which will go to other young people who suffer from WPW.

They are currently touring shopping centres and schools across the UK in an effort to raise awareness of the condition.

"If you do suffer from heart palpitations go and get it checked out and get it sorted," said Alessandro.

"I wouldn't want anyone to have to go through what I went through."

Alessandro, Adriano and Francesca Miccoli, who live in the West Midlands but are of Italian heritage, formed their band in 2002, having been classically trained in a variety of instruments.

Prior to 2009, they performed in venues across the UK, enjoyed a four month tour of the American West Coast, received radio play in over 30 US states and gigged in their native Italy.