But another shuttle will be on standby on Earth so that if the Atlantis is damaged on its flight, the spare shuttle can blast off to rescue the stranded astronauts.

John Grunsfeld, who's leading the mission, said they'll have to work very hard and very quickly during their spacewalks.

"There's no time to take a breather and look around, it's just going to be work, work, work," he said. 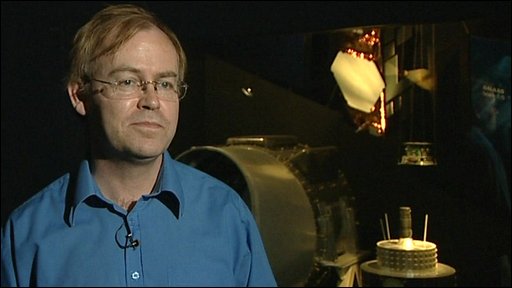 Space expert Doug Millard explains the dangers of the mission

"It's going to be a marathon at a sprint pace for 11 days on orbit."

Hubble has helped teach us about the way the Universe works, showing far-off stars and fantastic sights.

If everything goes to plan, the updated telescope will be 90 times more powerful than it originally was and should last until at least 2014.