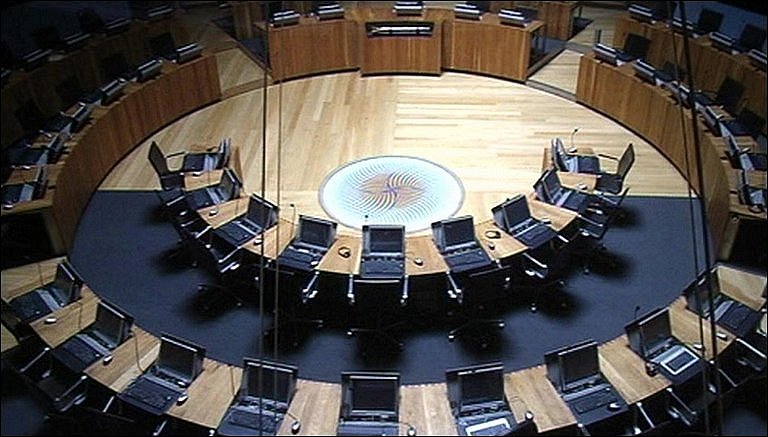 What would a referendum on further powers achieve?

If carried, a referendum on full powers in devolved areas would enable the Welsh assembly to make laws in areas it already has responsibility for without seeking the approval of the UK parliament.

What's meant by a 'trigger' vote?

That's the vote, to be held in the assembly on Tues 9 February, which, if carried, would set in motion a process resulting in a referendum on further powers.

How many AMs need to back the 'trigger' vote vote for it to succeed?

Is the vote likely to be carried?

Not without some measure of Conservative and/or Liberal Democrat support. With two AMs on long-term sick leave, the Labour-Plaid Cymru coalition government can only rely on 36 votes.

Won't that support be forthcoming?

Most opposition assembly members certainly favour a referendum, but they don't want that referendum to be held in May 2011. Neither the Conservatives nor the Lib Dems have been given assurances that the referendum won't coincide with next year's assembly election. It remains to be seen if this will affect their voting on the "trigger" motion.

What happens after a "trigger vote"?

If it attained the necessary 40 members' support, First Minister Carwyn Jones would then write to Welsh Secretary Peter Hain asking him to draft an order setting out the details of a referendum, such as its organisation, funding and date. Mr Hain would have 120 days to do this. Both houses of Parliament would then vote on that order.

When would a referendum take place?

We don't yet know. Across political parties, most AMs seem to favour a date in the autumn, but the pressures of parliamentary time and the fact that a general election is likely to delay matters mean its uncertain that that will be possible.

Is there a deadline by which the referendum must take place?

The Labour-Plaid One Wales coalition goverment agreement stipulates that it will "proceed to a successful outcome of a referendum for full law-making powers... as soon as practicable, at or before the end of the assembly term." That's by May 2011.

What about holding the referendum on the date of the next assembly election, 5 May 2011?

That's a possibility, but its strongly opposed by the Conservatives and Lib Dems. They worry about the confusion which might be caused by politicians of differing parties joining together in the cause of a referendum vote at the same time as they are attacking each other in an assembly election campaign.